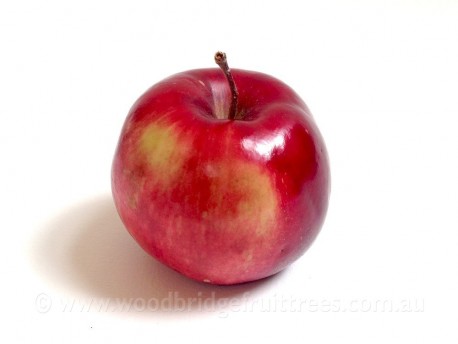 Also known as Snow apple, Lady in the Snow, Fameuse, Chimney Apple and about 20 other names which reflects its popularity and how widely distributed this variety is. Originated around 1730 in Quebec, Canada an offspring of McIntosh. The attractive smallish fruit have red sometimes striped skin on a background of pale red and green. The flesh is very white (usually with pink flecks), very crisp and juicy and slightly aromatic. One of our most sought after varieties.

As we grow it on other rootstocks, be sure that you want it as a Step-over.

This product is no longer in stock

No customer reviews for the moment.