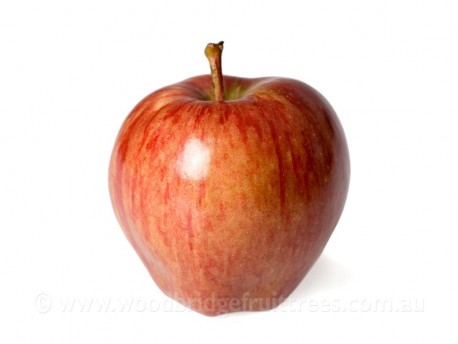 A very famous apple - a classic red apple with a distinctive shape. Red, with a yellow stripe, with a mild sweet flavour, and firm flesh. Discovered as a chance seedling in Iowa 1880 where it was called Hawkeye, and later sold to Starks Brothers who renamed it Delicious. It has enjoyed huge success as a commercial apple, up to as recently as 10-20 years ago growing. Its had numerous sports selected, many of them patented, "hi early" being one of the unpatented ones. Its the parent of Kid's Orange Red, Empire and Fuji.

This product is no longer in stock

No customer reviews for the moment.